Liberal Democrats marked the conclusion of their 2021 Spring Conference by calling on the Government to make a fully-funded commitment to resettle 10,000 refugees a year, in addition to 10,000 child refugees over the next ten years. 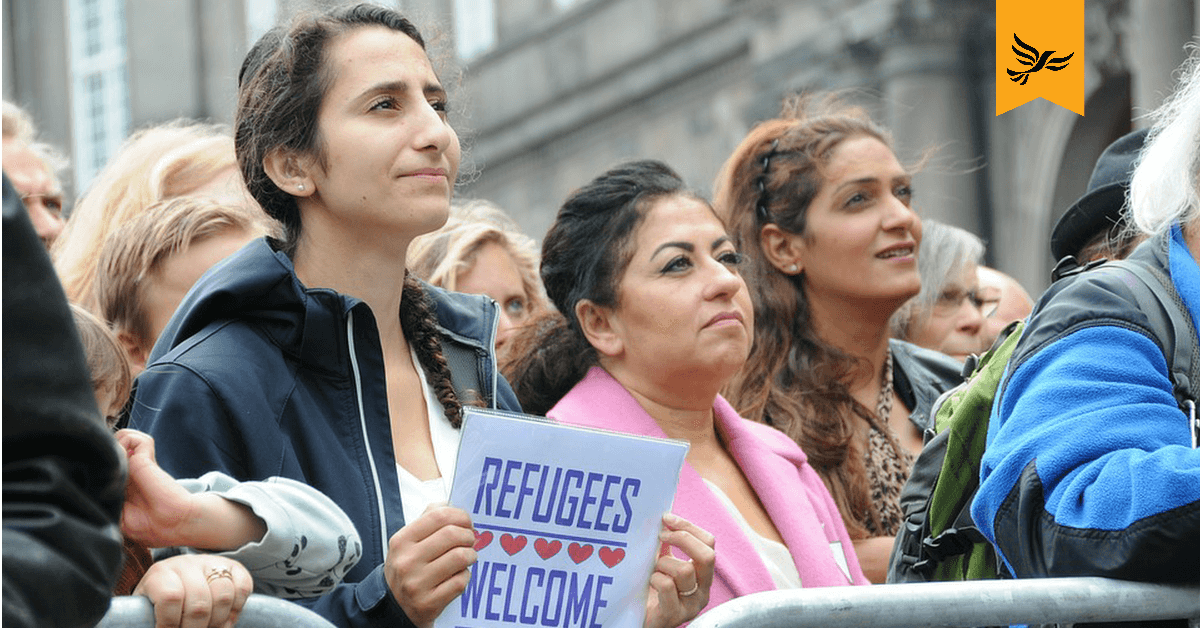 It comes after weeks of intense scrutiny for the Home Office. An outbreak of COVID-19 at the Napier Barracks accommodation that was deemed ‘unfit for habitation’ by inspectors was shortly followed by the closure of similar accommodation at Penally Barracks. Plans then emerged that asylum seekers may be sent to a third country whilst processing their claim.

Immigration Statistics for 2020 show that 823 refugees resettled in the UK last year - representing a fall from 5,612 in 2019. A further 7,546 people were granted asylum in 2020, which is a decline from 12,561 the year prior. The closure of the UK's refugee resettlement schemes in March 2020 has played some role. A replacement 'global resettlement scheme' had been announced back in 2019, but has yet to come to fruition.

The Liberal Democrats passed the motion to stress the importance of safe and legal routes to sanctuary for those fleeing war and persecution, noting that this is not mutually exclusive from a Home Office objective to crackdown on people smugglers. Making it possible for refugees and asylum seekers to submit humanitarian visa applications prior to arrival in the UK was highlighted as a safe and effective way to cut this problem off at its root.

Further calls from the party centred around child refugees. Conference called for the appointment of an independent guardian for each child, with priority to those who are victims of human trafficking. The UK also does not currently allow unaccompanied refugee children to sponsor family members to join them, but Government support for Liberal Democrats peer Baroness Hamwee's Bill to expand family reunion rights would put this right.

“Since the days of the Kindertransport in World War II, the UK has had a proud reputation of providing sanctuary to those in need. The Conservatives seem hellbent on dragging that legacy through the mud, treating refugees and asylum seekers with hostility and contempt.

“Refugees who’ve been forced to flee their homes and separated from their families are some of the most vulnerable people in the world. We should be welcoming them with compassion and dignity.

“Instead, asylum seekers are left waiting months for a decision from the Home Office, many of them held in totally unsuitable accommodation. And Priti Patel is determined to make the system more punitive and inhumane, not less.

“The Liberal Democrats have a better plan. The UK should resettle 10,000 refugees a year, and another 10,000 unaccompanied refugee children over the next ten years. That’s the best way to prevent desperate people making dangerous attempts to cross the Channel.

“I’m proud that the Liberal Democrats have always stood up for the world’s most vulnerable people. The motion we’ve passed today is a promise to fight for the safe and legal routes they need.”