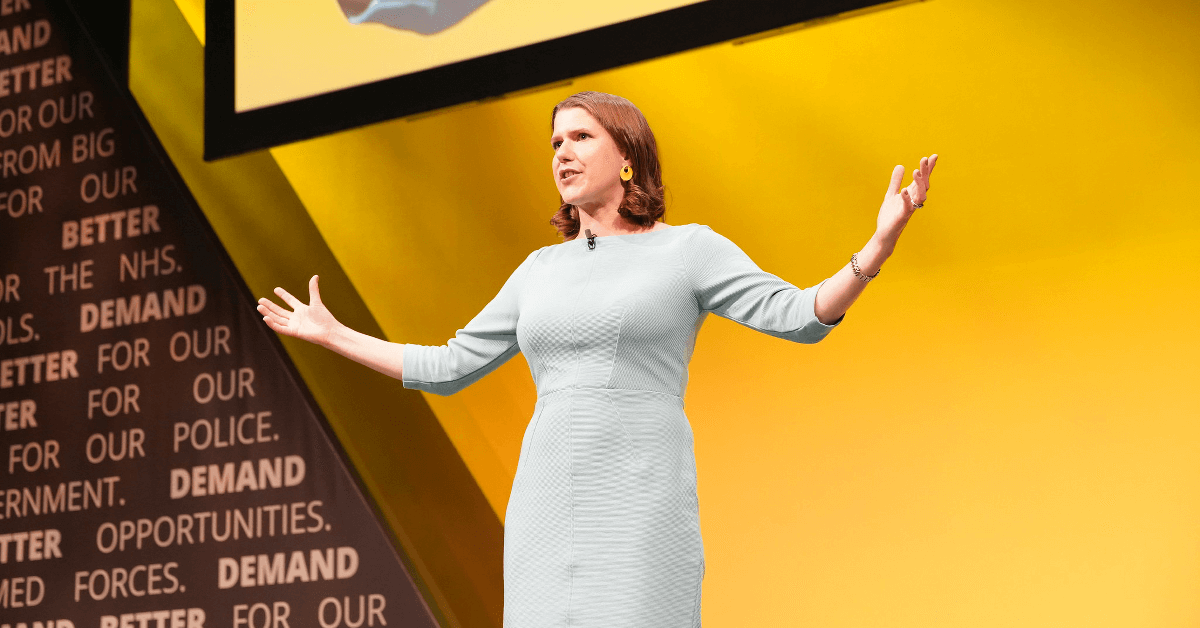 "Tonight Jo Swinson proved - yet again - that she is the next generation leader this country needs."

"Jo could not be more of a contrast to Corbyn and Johnson - two men who are willing to trash our future, yet couldn't even be bothered to turn up tonight to answer young people's questions. Meanwhile Angela Rayner made it crystal clear that the Labour party won't lift a finger to stop Brexit."

"Jo is leading the only party with an ambitious plan to empower young people. A Liberal Democrat government will stop Brexit, tackle the climate emergency before it's too late, and invest in creating the homes, the education service and the inclusive society that so many young people want to see."

"Times have changed and we need a leader that's changed with them. While Labour and the Tories are stuck in the past, the Liberal Democrats have bold plans to build a brighter future."