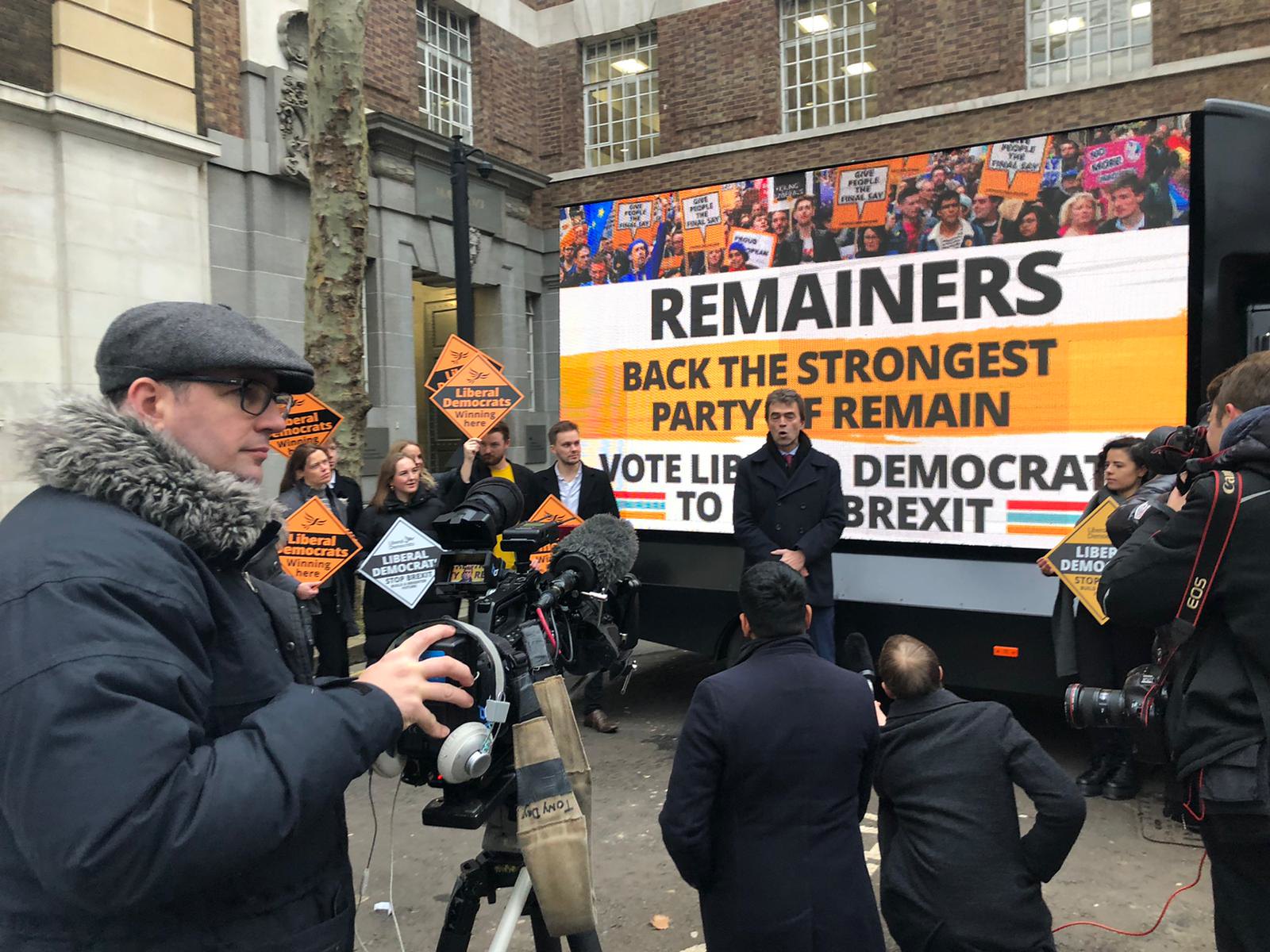 The poster was launched in London this morning ahead of Jo Swinson’s whistle-stop tour of key Conservative facing target seats. The poster van will tour constituencies including City of London and Westminster, Kensington and Chelsea, Finchley and Golders Green and Richmond Park.

The Liberal Democrats are the only major party in this General Election with an unequivocal commitment to stop Brexit.

In 2019, the Liberal Democrats won 700 seats in the local elections and beat both the Conservatives and Labour in the European Elections.

“Boris Johnson cares more about himself than the future of our country and he cannot be trusted. If he wins, the country will lose. This Thursday is the last chance to stop Brexit and stop Boris Johnson."