Local Lib Dem and European Movement member, Wilf Forrow, recently wrote a letter to local Tory MP, Alan Mak, detailing his concerns over the Brexit trade deal. He has also sent it to the Portsmouth News where it was picked up and published in a recent edition.

Wilf is an active member of Havant Liberal Democrats and a passionate pro-European.

You can read his letter in full below. 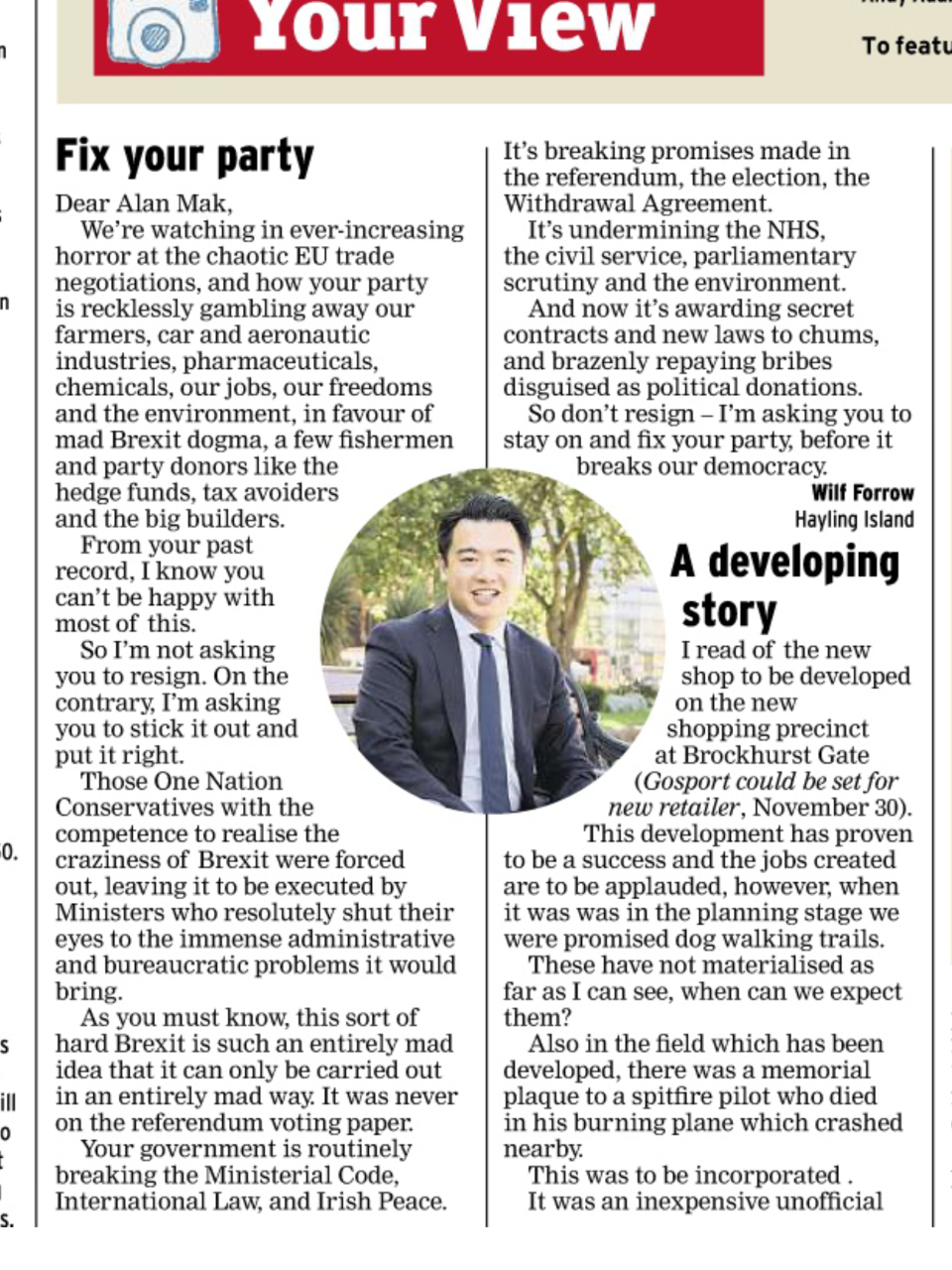 Dear Alan
We’re watching in ever-increasing horror at the chaotic EU trade negotiations, and how your party is recklessly gambling away our farmers, car and aeronautic industries, pharmaceuticals, chemicals, our jobs, our freedoms and the environment, in favour of mad BrExit dogma, a few fishermen and party donors like the hedge funds, tax avoiders and the big builders.
From your past record, I know you can’t be happy with most of this.
So I’m not asking you to resign.  On the contrary, I’m asking you to stick it out and put it right.
Those One Nation Conservatives with the competence to realise the craziness of Brexit were forced out, leaving it to be executed by Ministers who resolutely shut their eyes to the immense administrative and bureaucratic problems it would bring.
As you must know, this sort of hard Brexit is such an entirely mad idea that it can only be carried out in an entirely mad way.  It was never on the referendum voting paper.
Your government is routinely breaking the Ministerial Code, International Law, and Irish Peace.  It’s breaking promises made in the referendum, the election, the Withdrawal Agreement.
It’s undermining the NHS, the Civil Service, Parliamentary scrutiny and the environment.
And now it’s awarding secret contracts and new laws to chums, and brazenly repaying bribes disguised as political donations.
So don’t resign - I’m asking you to stay on and fix your party, before it breaks our democracy.
Yours
Wilf Forrow, Hayling Island
European Movement
Are you a local member that's been doing things in your local community? Let us know and we'll share it here.