For those of you who don’t know me, my name is Paul Gray, I’m the Liberal Democrat Parliamentary Candidate for Havant and I’m asking you to ask yourself if you want to stop the madness. If you do, you agree with me. 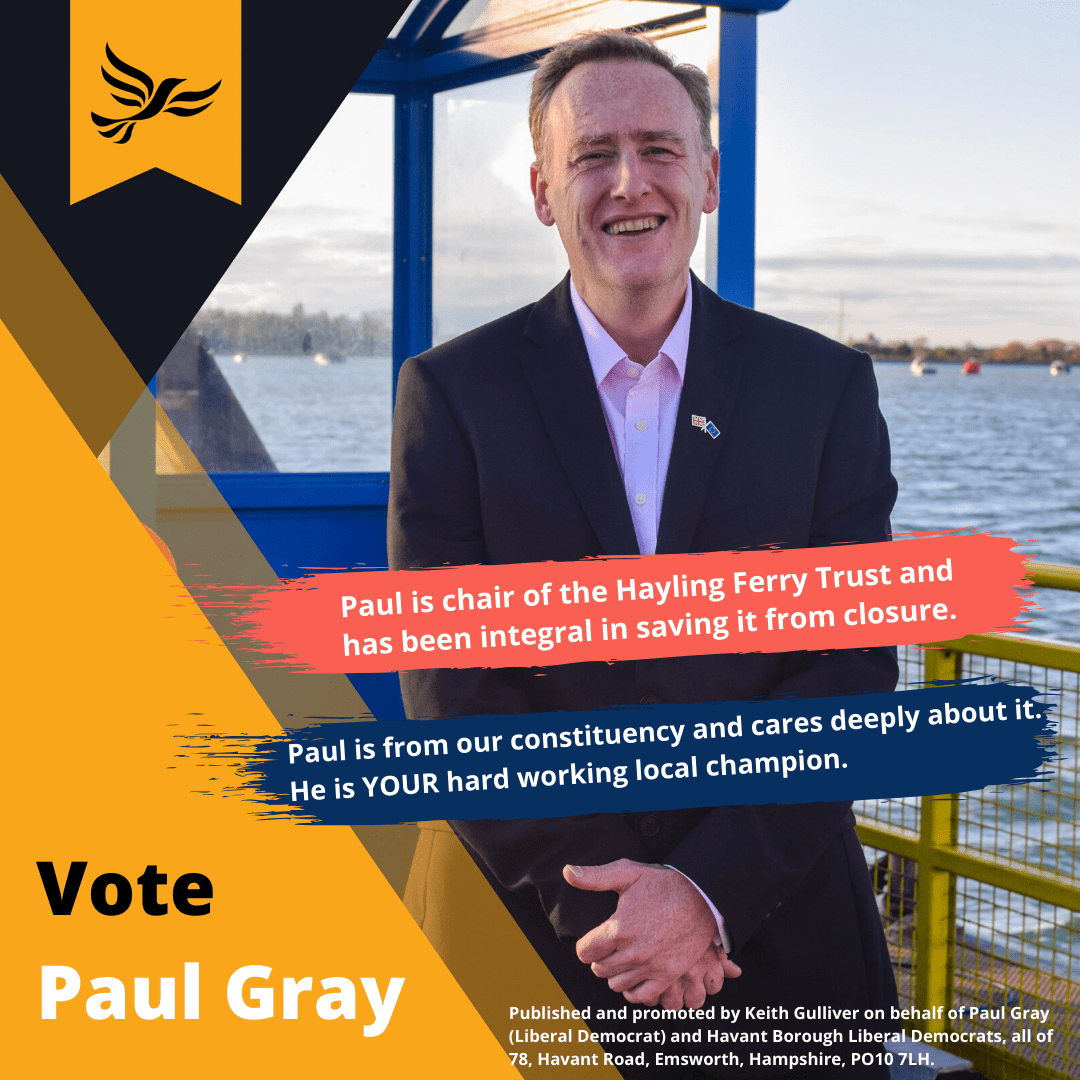 But why the Liberal Democrats?

Jeremy Corbyn has long wanted to leave the EU. His position in 2019 is almost identical to the Labour Party position of the 1970’s. Many voters who put their faith in Corbyn in 2017 now feel he has been a disappointment.

Meanwhile, Johnson, Rees-Mogg, Redwood and the like continue to drag the Conservatives into Brexit destruction. Johnson talks of “getting Brexit done” but Brexit, if it goes ahead, will be consuming British politics for years to come, preventing us from dealing with the day to day business of good government.

The Conservatives are traditionally strong here. It’s not a place where Labour can ever really have a surge. Here in Havant, liberals have history though. WE’VE HAD LIBERAL MP’S IN HAVANT BEFORE. 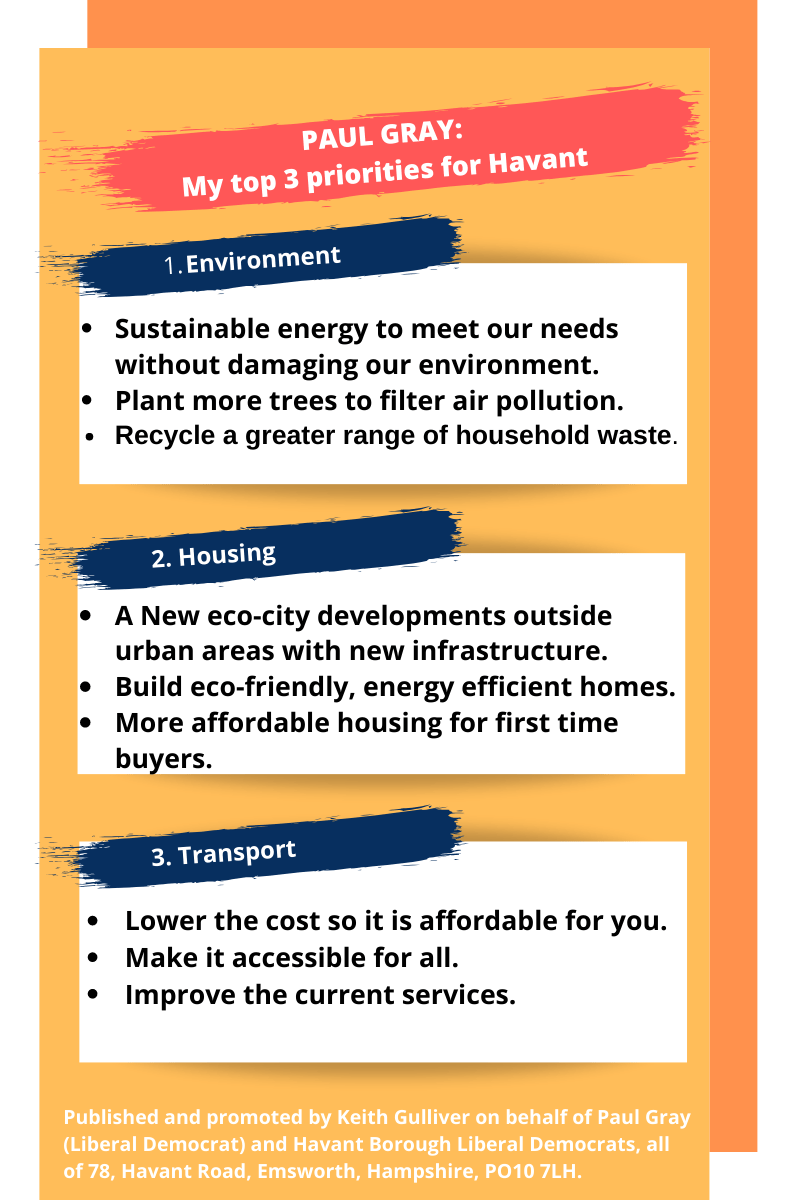 And with the Conservatives now faltering, we really do have a chance of victory. It is, admittedly, just a small window of opportunity open to us. But we can do this. To do this though I need your support.

I need each and every one of you to get out and vote for me, your Liberal Democrat candidate. Please don’t leave it to someone else. In the end, we get the government we deserve. Get out, vote, fight for the government you deserve.

It’s time we took back control.

So please, vote for me, your Liberal Democrat candidate, on December the 12th. Together, we can bring an end to the chaos.